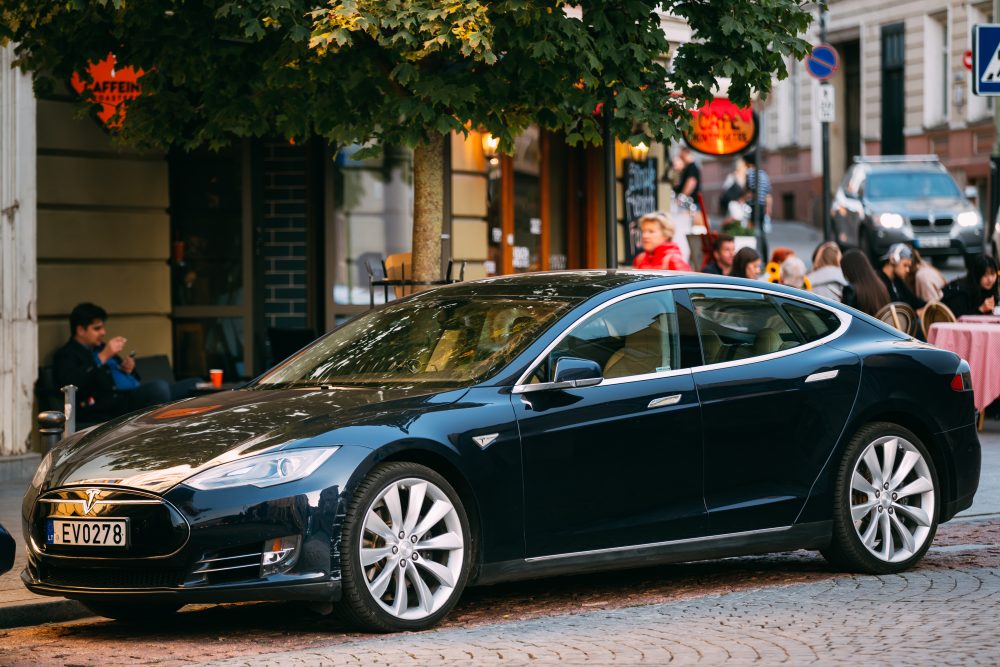 Being one of the top-selling electric cars, Tesla Model S has a lot in its credentials. Model S was first launched in 2012 as a fully electric sedan car. As of now, its Long-Range variant has an EPA range of 402 miles, which is higher than any other electric car. This was reported in many publications and was also confirmed by Elon Musk in his tweet. As far as the performance of Model S is concerned, it has the quickest acceleration capability. It is capable of achieving a speed jump of 0-60 mph in just 2.3 seconds. Being equipped with the dual motors, Model S is an All-wheel-drive variant that lets it keeps torque and traction under control. Other exciting features of Model S include the top speed of 163 mph, autopilot, 12 ultrasonic sensors to ensure collision-free driving, 17-inch driver display, 100 kWh battery size, seating capacity of five adults, and over the air updates. Altogether, Model S offers what one would like to have in the 21st century’s electric car. There are some speculations about Model S redesign in the new Model S 2020. To have a clear view about any Model S refresh chances, let’s have a thorough look over recent changes and the probability of any further redesign modifications.

Since 2012, the year when the first Model S was launched, Tesla S has gone through a lot of changes. However, it won’t be wrong to say that though only a few modifications were made since its inception, but still, Model S hasn’t experienced the full redesigning or what one would typically call as Model S redesign.

Following are some of the changes or modifications that have been done for Model S over the last five years:

There had been a lot of rumors about Model S redesign. Some people said that the new Model S 2020 will feature a lot of hardware as well as software modifications. There were speculations that the new Model S 2020 version will include a wireless device charger, a new set of two batteries, changes in car’s interior, modified charging ports, and a redesigned suspension. However, these rumors burst out when Elon Musk himself tweeted that no such Model S redesigns are under consideration. In his tweet, he categorically said that only minor changes are done, therefore no Model S refresh version is planned or being launched. These minor changes are related to interior modifications or some minor hardware/software upgradation. For example, Tesla has been reporting to test Model S and X with some new battery architectures.

Why Tesla is Reluctant to bring Major Changes in Model S?

There are many reasons for which Tesla is reluctant to bring any major changes or a Model S redesign. First of all, since Tesla is not an ordinary automobile manufacturer, so it will not follow what others used to do with their old models, i.e., redesigning. Secondly, Tesla is focusing more on launching the production of Model Y and 3S to the overseas markets. So, in such a situation, spending on model S redesigning would sound nothing but a matter of extravagance. Moreover, even though model S will be redesigned, it would still be a sedan with no substantial changes in range. This is so because nothing prominent has been achieved so far in improving battery technology. So, investing just on some exterior and interior touchups would not reward Tesla with much cost benefits. Secondly, the current Model S design and specification already seem catchy and make it dominant the EV industry significantly.

Model S has been the identity of Tesla for quite long. Though its sale has declined over the past few years, still it is amongst the top five electric cars in terms of sale. Traditionally, it has been seen that after a couple of years, automobile manufacturers tend to redesign the old model with a couple of interiors, exterior, and featural upgrades. But, for the CEO like Elon Musk, conventionality is a matter of disliking. Under the forward-looking leadership of Mr. Musk, rather than relying on product legacies, Tesla is looking forward to touching down new EV horizons. With the official denial from him, there is no doubt that apart from minor changes, Model S redesign is nothing but a rumor. New Model S 2020 is featuring some minor changes, but those aspiring for major changes, it’s better to look at other amazing Tesla cars.